April 13, 2017
The orthodontist visit today was routine for checking how my bite was progressing (the last visit was even more boring). They were pleased with the progress on the left and front teeth, where it seems to be fitting at 100% already. The right side back teeth (molars) still have a larger gap, so in addition to the elastic there to help it move together, he removed the lower wire and replaced it with a thinner one. This allows for more movement of the lower teeth.

The most exciting part about having the lower wires out was... the new wire didn't have any surgical hooks in it! Now, yes, they did add some wire hooks to the lower brackets itself, so that the box elastics could still be done to the teeth, but it is awesome to have removed the obnoxious hooks directly in the front and sides that used to be there from surgery.

They felt pretty confident my teeth would be close to 100% by the time we're done with all of this. Sounds like they're not worried about the cant, nor the mid-line. She even said my mid-line was looking good, which surprised me, since in photos I can tell it's off by about 1/5 of a tooth.

The surgeon did do a check of the cant by holding one of his tools to my face upper and lower. I think that's what he used to decide which teeth to make the wire thinner, such that those teeth would move more to confirm with the opposite teeth. He probably felt the upper teeth were closer to true, and the lower had the slight cant, hence why the lower wire was changed to a thinner one.

I just need to keep in mind how crazily warped my teeth were before braces, and even during braces the majority of the time there were so many weird ways the teeth lined up, that this is miles ahead of that, and still on the path to perfection. You can see a braces timelapse in the day 34 post.

My side and front profile continues to slim which is exciting. Apparently even though I feel like it's not changing anymore, other people found that at 4 months they looked Much less swollen than 1 month, which is where I'm at now. I can definitely see the swelling though others don't notice as much, my girlfriend can tell though. On top of that, some people even said that their 4 month and 10 month swelling was extremely different also. So I have another 9 months to go on that front. That's good, I've already mostly accepted how my face looks now, even though the swelling and jowls make me look subtly older, I could deal with. I'll be much happier if the swelling continues to reduce further back to where I remember being. 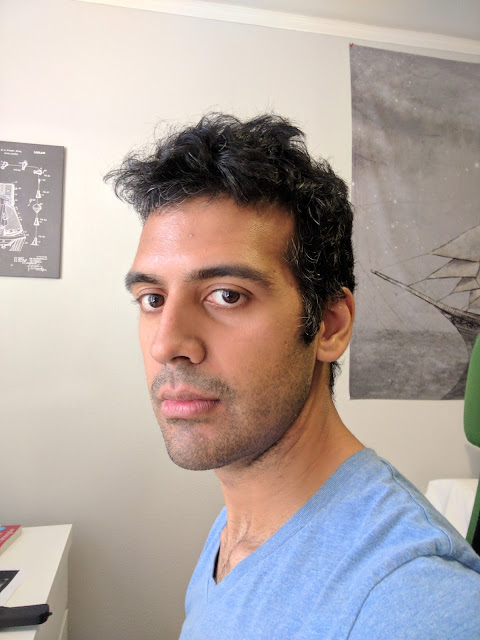 For reference, this is how I used to look.
Back then, I used to smile with a closed mouth because a smile would show 80% gum. And lest we forget why I'm doing all this, here is how my teeth looked before braces and surgery.
My lower jaw was much more noticeably extended B.S. (Before Surgery).
I can tell from looking at those old photos how much more swollen I am now, especially around the cheeks and jowls. The under bite is super easy to see in hindsight, I was so used to it I never really paid attention to it before, as I didn't think it was something I'd need to fix.