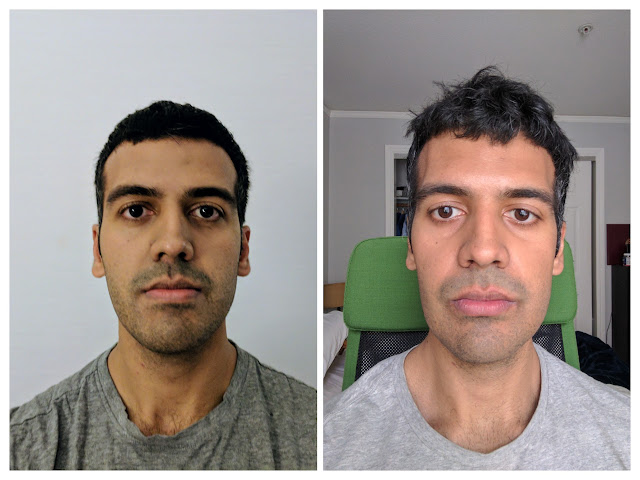 It sounds cliche since I've read it on several blogs, but I really am amazed at how my body has recovered in that time. My bite has finally started to come together, and I feel comfortable saying it's better than where it was before surgery now. Considering I still have several months of braces to go perfecting to bite, it's all gravy from now on.

Sleeping last night with the elastics was a struggle. There was just a constant dull pain from the pulling on a few teeth in particular. This morning was much better. I had one scare, where as I was swishing mouthwash I sneezed automatically through my nose. I had a moment of sheer panic; Did I just release the blood valves to my untimely demise? After a few seconds, some snot came out. So it turns out I'm okay.

Eating ramen for lunch has been great, mostly because I'm actually starting to use my front teeth to cut the noodles instead of my upper teeth and tongue. I'm still relearning the habit of using the teeth instead of the tongue, and it is very satisfying when it works. Not only that, but I'm able to use some of my side teeth on both sides to chew the noodles! The back teeth don't touch yet, but they're close enough to help chew some of the bigger things. I'm still getting used to the tilt of the teeth where the left side touches more fully than the right, and my front teeth touch the metal brackets at an angle.

I was lucky that I had gone into rowing in college, as my coach had consistently kept my posture including neck in the right position, and this had kept me going for years, it looks like I'm starting to regress though so now I need to be consistent in correcting it.